To insure consistency of approach, the ownership group personally spend hours conducting training sessions with the on ice assistants. Part of the philosophy behind the success of PFGS is that to train and develop students the approach in teaching technique needs to be consistent. PFGS instructors are all skill tested prior to being accepted and are committed to regular in – house training sessions to assure consistency of approach in teaching different techniques. 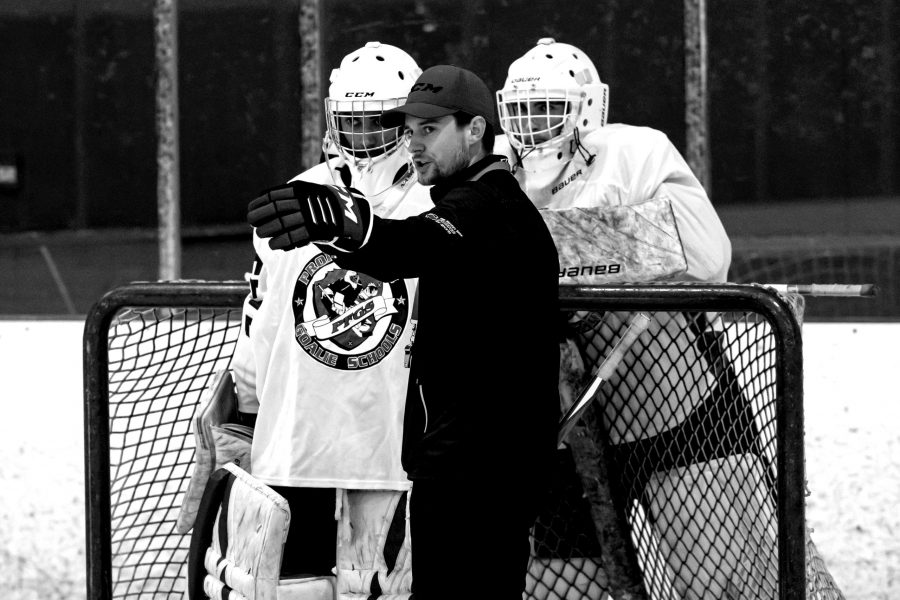 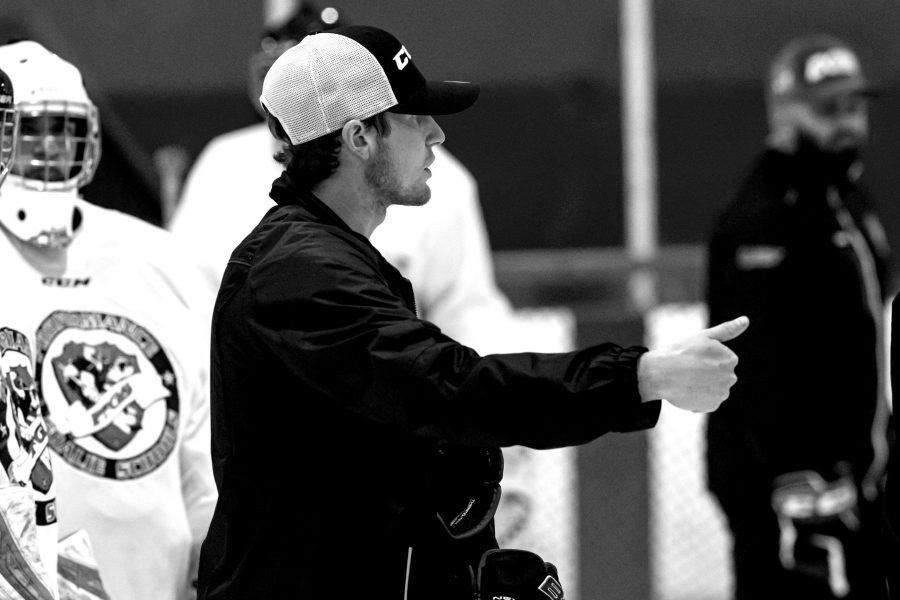 PFGS has adopted a policy that we ask all the family members of our clients to respect. Individual instructors can be asked to discuss student’s progress after the completion of training sessions, subject to the instructors availability. Any concerns regarding program content, teaching techniques, or overall program issues are to be directed to the ownership group. All students are provided with contact information for the ownership group.

Anyone who understands hockey knows that goaltenders are a special breed. It takes a combination of outstanding athleticism,  a strong commitment to mental toughness and preparation, and a fearless approach as skilled athletes fire pucks at speeds up to 100 mph at you. There are many different preparation styles and training methods to becoming a premiere goalie and while we believe that we have designed an outstanding program oriented to achieving success, we also respect the training  that other aspiring goalies have received from some of their other mentors along their paths. Our training staff have a combined 127 years of goalie training experience to draw from and we share all that training and experience with our students. 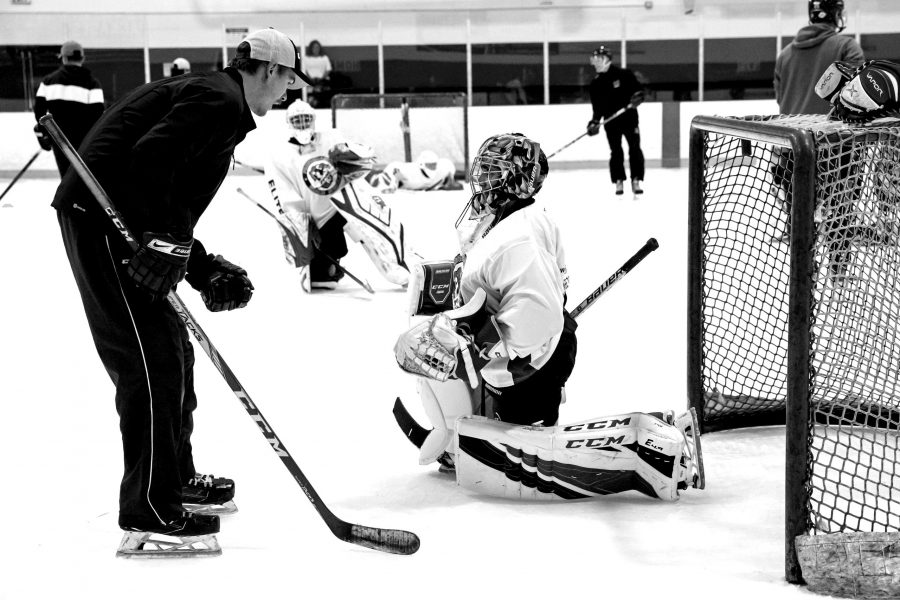 The original founder of PFGS. Sean has been instructing goalies for 20 years. Sean has been a master instructor for the legendary Vladislav Tretiak. Considered one of the games elite instructors, Sean is currently the goaltending consultant with the WHL Champion Vancouver Giants, the UBC Thunderbirds (CIS), Hockey Canada, Twist Pro conditioning, as well as being a consultant to associations throughout BC and California. Sean has played many years of Junior hockey and has also coached in the PIJHL and the BCHL.

The first student of PFGS to receive a college scholarship, Rob has been Co-Owner of Pro-Formance Goalie Schools for over 16 years.

A graduate of Hamline University (St.Paul, Minnesota) in 2003 with a bachelor’s degree in Business Management and minor in Mathematics; Rob played four years of college hockey where as a freshman he won 2nd team all conference honors.

In recent years, Rob has had two of his goalies get drafted into the NHL

Joey is the goalie consultant to; The Langley Rivermen (Seventh season in the BCHL, 2014 BCHL Champion), NCAA institutions, Fraser Valley Rush (FMML), Langley Tappers (PJHL), Team Canada Blind Hockey, Yonsei University South Korea & Lakeland Super Camps. In addition to using technology as teaching/training tools; his success is a result of the approach he takes (no cookie cutter approach) with each and every goalie he trains; being positive, energetic and challenging! Recently Joey has been excepted into Hockey Canada as a Certified Goaltending Coach and the NHLCA BIPOC Coach Program for a two year program. He looks forward to sharing all he learns!

Is excited to be back with Pro-Formance and share the skills and experiences he has learned throughout his career with his students. After 1 year with the Everett Slivertips (WHL), 2 years with Abbotsford Heat (AHL) and 5 years as the goalie coach, he is now the Goalie Director for the Calgary Flames (NHL).

Al graduated & played for University Hockey at Trinity Western winning back to back championships and being awarded All Canadian. Al’s calm demeanor and extensive experience of the game makes him an awesome mentor for all goalies. He is currently the Goalie Coach for the Surrey Knights PJHL.

A draft pick of the Nashville Predators, currently rostered with Columbus Blue Jackets, Mark was the recipient of the Ken Dryden award as the NCAA top goaltender with Colgate University. A longtime student and instructor with PFGS.

A long time PFGS student, Darb (as he’s affectionately known to students) brings his love for the game and good humored approach to working with minor hockey associations throughout the lower mainland.

Nolan Bowker is one PFGS Head Instructors, a native of Maple Ridge, BC, Canada. Growing up playing goalie in Jr. leagues around BC. Bowker appeared in an ECHL game for the Allen Americans during the 2015-16 season. Bowker is entering his first season as Assistant Equipment Manager for the Phantoms.

Achievements: Fred Page Cup 2013, Dudley Hewit Cup 2014 . Pierce has trained and coached with PFGS for over 10 years. Pierce’s has recent finished playing career starting from the Fernie Ghostriders, to Coquitlam Express, and finishing with Stevenson University. Pierce’s experience and knowledge of the position makes him a great mentor for goalies of all levels.

Grew up playing hockey at Burnaby Minor and started training with Joey Ali from the age of 11 years old. Afters years of rep hockey Naveen moved up to play Academy Hockey at BWC (CSSHL) where he had success. Finishing his Junior Hockey in PJHL where he was a proven top end goalie in the league. He’s now the Assistant Coach & Goalie Coach for his former team. He’s personable, patient and very knowledgeable about goal tending, able to articulate techniques, concepts & trategy to young goalies. Just a fantastic mentor!
Go to Top